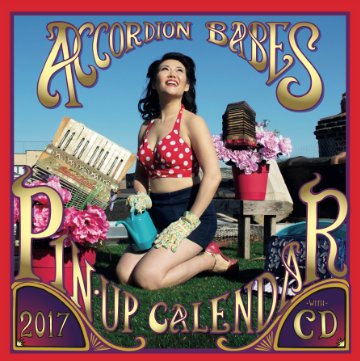 After a one-year hiatus, the Accordion Babes Pin-Up Calendar is back, as sexy and bright and squeezey as ever. Thirteen beautiful accordionists combine talents to create one fun and exotic compilation CD and this sexy and classy accordion-themed pin-up calendar to complement the music.

The 8th edition features artists based in the United States, Canada, South America and Europe.

You can enjoy their musical talents and bright, photogenic personalities for twelve months out of the year. 2017 is already off to a great start! 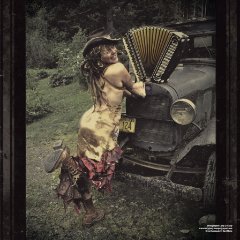 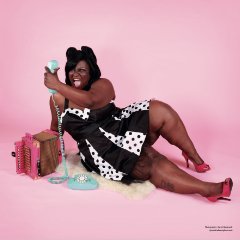 Madame T a.k.a. Tiffany Jackson is a Texas native who grew up loving zydeco music. She began playing button accordion in 2000 and developed her musical talents by sitting in with many great zydeco bands at the Big Easy Social and Pleasure Club in Houston, Texas. She played with Bon Ton Mickey, the late Wilfred Chavis and Roy Carrier, and Willie T and his late wife Rita York. Madame T released her first single Zydecoaholic in 2013. In 2014 she was the recipient of the ZBT award for best up and coming female zydeco artist. 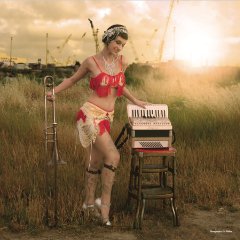 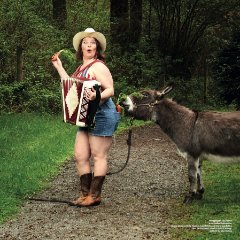 Luz Gaxiola is a Seattle-based accordionist, playing acoustic party music from around the world in her band Tsunami Piñata.

She also clowns with her accordion in her vaudeville comedy team Duo Finelli, and the humanitarian organization Clowns Without Borders.

Photo: Lou Daprile
Special thanks to Molly Shannon, Lola Michelin and David Cota Robles
from the Northwest School of Animal Massage, and Seth the Mini Donkey 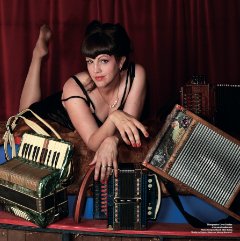 Sarah Savoy is the eldest daughter of Louisiana’s “Royal Family” of Cajun music. She plays the Acadian accordions still handmade by her father, and sings in her band, Sarah Savoy’s Hell-Raising Hayride, driving audiences around the world through feverish two-steps and wild Cajun blues.

When not on stage, she works full-time as head chef in a restaurant in Paris, sews her own clothes, and hangs out with her daughter. 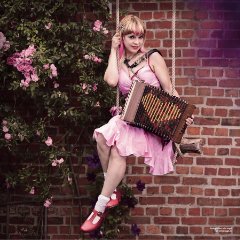 Renée is a rocker, a folk musician and a rebel. Her expressive voice, powerful grooves, and colorful costumes light up parties around the world. She tours solo, with her Germany-based band Rebel Lovers and her California-based band Whiskey & Women. Her musical style is part Cajun, part blues, part Irish, and part rock, on a special diatonic accordion which she modified to play power chords like a guitar. Reneée is the editor of the Accordion Babes Pin-up Calendar; and she organizes a show called the Accordion Babes Revue which features multiple Accordion Babes from the calendar. 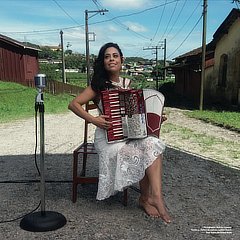 Adriana is a Hohner-sponsored artist who adds her beautiful voice, accordion, piano, and musical arranging skills to many projects. She toured the world with two large-scale productions: the first is Orquídeas do Brasil, featuring Adriana Sanchez, Guilherme Rondon, and Rafael Alterio. She also founded the band BARRA DA SAIA in 1998, which blends traditional Caipira music with rock; their album Roca’n Roll was nominated for a Latin Grammy in 2007. Her most recent album “Salve Lua” is a tribute to the music of Luiz Gonzaga. 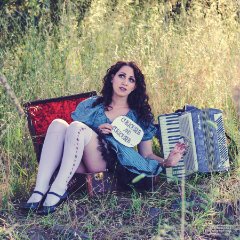 Shawna Olivia comes from a long line of performers, artists, and musicians dating back to her great grandfather who was the piano and harp tuner for the Marx Brothers. Growing up in the foggy city of San Francisco, Shawna took to the accordion after falling in love with the music of Fiona Apple and Tom Waits.

As an entertainer Shawna can be seen performing in pubs, clubs, churches, theatres, and rooftops all over the world. 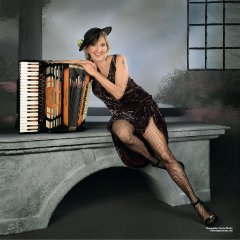 Judy was ejected from the womb with an accordion strapped to her chest – destiny! Her early instruction consisted of formal lessons and playing with her old-time fiddlin’ dad in western Canada. Today, her repertoire consists of an eclectic mix of classy tangos, jazz standards, French Musette, and more.

Judy had several sessions with the great jazz accordionist, Frank Marocco, before his passing.

Currently, she gigs around the Santa Fe, New Mexico area and is working on her third CD. 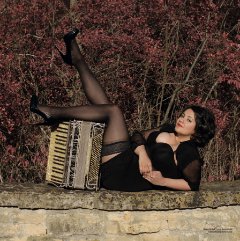 Cicada VonLudke is an accordionist and vocalist based in rural Madison, Wisconsin who enjoys blending bold soliloquies with midnight-black passages into all her creative endeavors. Cicada continues to experiment and collaborate with producer Martin Frank in addition to her solo music projects, and is also a creative member of the documentary group Prove It Paranormal Research. 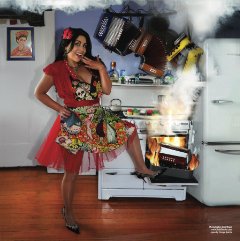 Her passion is songwriting, from train songs and tangos to cumbias and big-band jazz. She’ll write for anyone, in any style; her main genres are Tex-Americana and jazz.

Tara performs from Oakland and Segovia to Inner Mongolia. 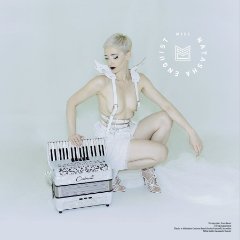 Miss Natasha Enquist is a Canadian accordionist, singer and performer based in Berlin, Germany, known for her variety of musical work from Walt Disney World to Chantals House of Shame. Treating the accordion as a human-powered synthesizer, MNE is bridging the gap between electronic pop music and the accordion, with her dreamy, dark, romantic “electro-accordion chanteuse” style. Her song “Summer Bird” has been featured on the soundtrack for the short film “The Birthday”. 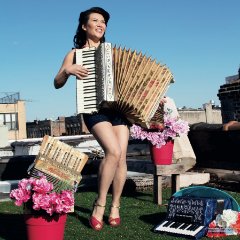 Susan Hwang tells stories and makes things that are usually collapsible, like songs and good times. Her instruments take up space (accordion, Janggu – traditional Korean drum) but physical objects she can’t play intimidate her, so she likes it when her creations, like her TV variety talk show – The La La La Show – are broadcast into thin air via Manhattan Neighborhood Network or streamed online. Susan founded, curates and hosts The Bushwick Book Club – a monthly performance series presenting new work by local musicians inspired by literature.

Her band, Soozee Hwang and The Relastics, has a new EP of Vonnegut-inspired songs. She plays accordions because they are pretty and lighter than pianos.