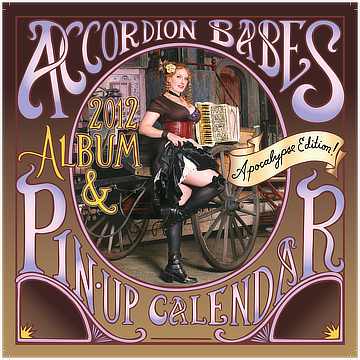 The Accordion Babes Album & Pin-Up Calendar 2012 Apocalypse Edition will add pleasing ambiance and tasteful décor to your underground bunker. If we continue to avoid our inevitable extinction, you’ll have a fabulous album and collection of charming sweethearts to treasure for a lifetime.

The CD combines folk music, pop songs, & dance tunes from 13 fine bands into one awesome indie compilation. These talented musicians help prove, once again, that the accordion is sexy. 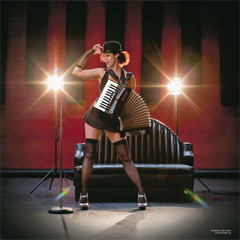 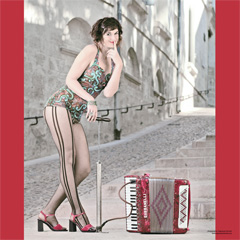 Jetty Swart, who pronounces her first name “Yeti”, was born in the port of Amsterdam. She thought of a career as a graphic designer but exchanged her computer for an accordion in Prague, and serenaded her way from Paris to Mexico before landing in San Francisco. Her songs? Hilarious, engaging, dramatic, energetic, touching and thoroughly original. A drunk witness in Montreal: “This woman is crazy!” 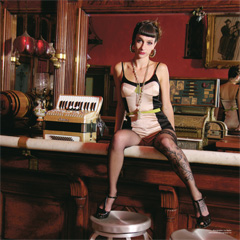 Shiri is a talented multi-instrumentalist who sings and plays accordion, trombone, banjolele, and more. She tours extensively with the Sour Mash Hug band and moonlights with the Sansa and Shiri show. She hails from Oakland, CA. 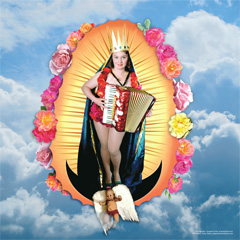 Luz is a clown and vaudevillian, specializing in live cartoonish comedy on piano accordion. She plays circus music with influences from Mexico, Eastern Europe, and the golden era of cartoon sound tracks. She can be seen touring the world with San Francisco’s all-women clown troupe Circus Finelli. 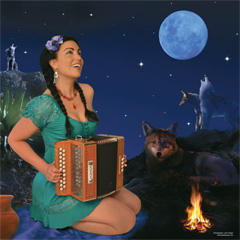 Torch singer Tara Linda sings with the wolves to please the gods. With a sultry voice and a button accordion – she knows anything is possible. Hohner-endorsed, Tara Linda writes new tangos, waltzes, rancheras, and cumbias for accordion. She loves the wild west, champagne, and attending demolitions. Her new CD “Torch and Sass” is guaranteed to swing your hips. 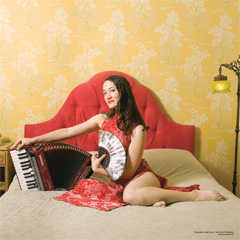 Chanteuse/songwriter Jessica Fichot draws from her French and Chinese heritage to create a delicious blend of French chanson, gypsy jazz and international folk. Following the acclaimed release of her debut album, this Hohner endorsee has toured in China, France, Mexico, Canada and across the U.S. backed by her fiery band and armed with her accordion, toy piano and multilingual vocals. “Delightful.” — L.A. Weekly 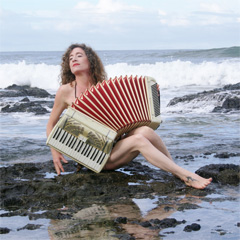 Roxanne’s album and film sound track credits cover a sweeping range of styles. She has recorded with various luminaries including Rock and Roll Hall of Fame’s Tom Waits. Watch Roxanne perform with Sweet Penny Royals, Emily Bonn and The Vivants, and listen to her new CD, “Box Candy” with KAZAMOZe. 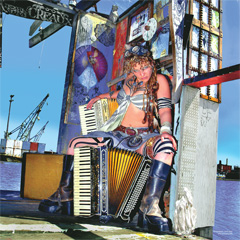 Skyler Fell is the proprietress and repairwoman at The Accordion Apocalypse Repair Shop, San Francisco’s Accordion Hub offering all things accordion. In addition she’s a smokin’ accordionist and a molten singer, playing with The Hobo Goblins and also fronting her own ensemble, The Tumbleweed Time Machine Trio. 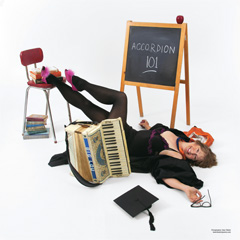 Big Lou came early to the accordion and stayed late. She started her musical career in the honky-tonks of Austin, TX. She has played in The Stir-ups, Thee Hellhounds, Polkacide, Those Darn Accordions and Polka Casserole. She currently fronts Big Lou’s Dance Party and has a flourishing solo career. 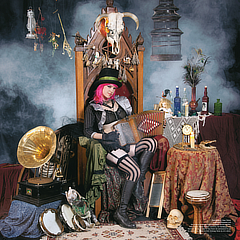 Renée fuses rock-n-roll, Cajun music, Blues, French and Irish tunes into her own exciting, boot-stomping show. She rocks a mini Irish diatonic squeezebox with a custom bass system she installed herself. She repairs, sells, and teaches accordion at Smythe’s Accordion Center in Oakland, CA. Catch her with the Americana Cajun trio Whiskey & Women or performing solo in venues around the world. Renée is the mastermind behind the Accordion Babes Pin-Up Calendar. 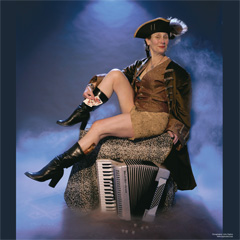 Ah, Mags, a right cunning rover she is with a taste for life on the high seas. Her latest tunes, realized by her fearless crew, The Mad Maggies, tell of rogues, reprobates, romance and rum. Now, shake those bones! 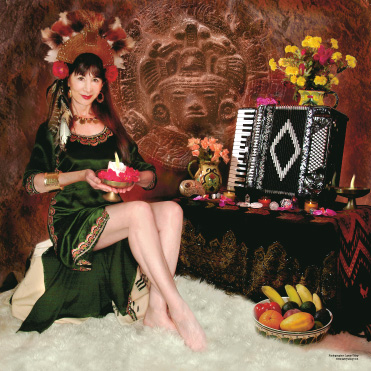 Nada loves world music. Solo or with her ensembles, she plays French, Italian,
Polka, Klezmer, Roma (Gypsy), Balkan, Russian, Romanian, Greek, Latin and more. She was recently voted the bay area’s best accordion teacher. Though she plays many different instruments, accordion is her main squeeze. When Nada opens those pleats, anything can happen! 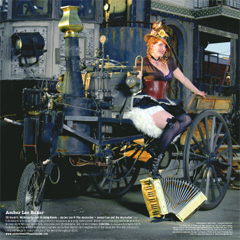 Amber Lee and the Anomalies’ neo-folk-cabaret is helping fuel the accordion’s resurgence as a sexy instrument! Amber Lee commonly performs as a one woman show with her accordion, loop-pedal, and glockenspiel. Her recent release, Indelible, includes a full band, but it is Amber Lee’s powerful vocals and poignant lyrics that capture the imagination of her listeners. She will continue to bring her songs to many corners of the world throughout 2012.