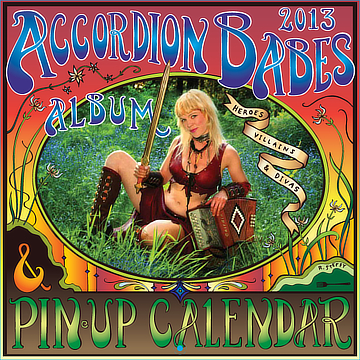 Come spend a little time with the Accordion Babes, those sexy sirens of the squeezebox with songs to sing and tales to tell! This year they are heroes, villains & divas; a panoply of muses to enliven your seasons and mesmerize you with melodies in this exciting 5th edition of the Accordion Babes Album & Pin-Up Calendar.

The Accordion Babes CD gives you a chance to hear their music. Prepare to be amused, astonished and inspired! These beautiful, spunky women are more than just babes; they are independent artists with wit, soul, & passion. 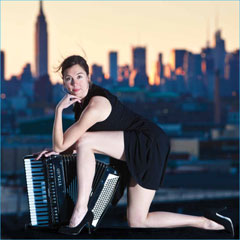 Diana Strong began studying classical piano at age seven, and discovered the accordion in 2006. She plays and composes in a wide variety of styles, influenced by folk music from many corners of the world. Her duo project Sweet Moments of Confusion released their debut album in 2012. She is also the accordionist for the Red Hot Chachkas (klezmer fusion), performs solo at Cafe Divine, and with ensembles throughout the Bay Area.

Sansa Asylum of the Yard Dogs Road Show and Shiri Goldsmith of the Sour Mash Hug Band put their song and dance talents together to alchemically create a sum better than its parts. And they have some great parts! Not only are they best friends, they’re one of the best girl duos this side of the seaside. Check out these “Rhinestone Daredevils of Vaudeville”.

Ms. LaRue plays and sings with 5 Cent Coffee, a 4 piece post-modern jug band full of grit and carnival hokum. They play original songs set in the dusty American tradition of travelling circuses and rail-riders down on their luck. With soaring vocals, sometimes two accordions, sometimes two ukuleles, washboard and junk percussion, their sound is big and brash but soft and mournful, and always compelling.

Salane is an exuberant, technically gifted, and occasionally silly performer. When she’s away from the stage she enjoys tackling new challenging pieces to share with her students and her audience. She teaches piano at 851 Studio in Benicia, CA, and takes on private accordion and piano students in the greater bay area. She’s one of those rare artists who works just as well with children as with adults, who is just as excited to teach as to entertain. 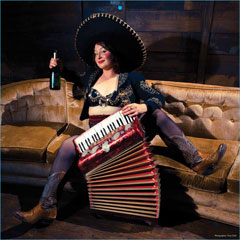 Luz clowns with Circus Finelli, an ensemble of musical lady vaudevillians. She plays music inspired by the sunshine of Mexico and the rains of the Pacific Northwest. She combines accordion with comedic theatrics to present vibrant live performances.

Joan’s passion for history and folklore spreads extensively throughout her music. As a founding member of the San Francisco-based sea music group The Barbary Ghosts, she is part of a tradition that keeps the songs of the golden age of sail alive. She also writes original music inspired by historical and modern sources. When she is not playing her antique 2-row Hohner with The Barbary Ghosts, Joan sings and plays fiddle in the Cajun-Americana trio Whiskey and Women. 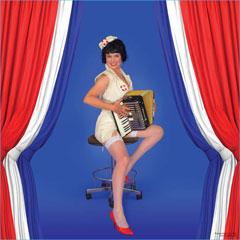 Noaccordion represents the duality we lead within our lives. Very few people want to be told what to do and many times we are drawn to do things just because others have told us not to do it. Most listeners are enchanted by the accordion and all the cultural heritage that comes with it, but a select few abhor the accordion with its piercing tone and exit the room quickly when the band begins to play. 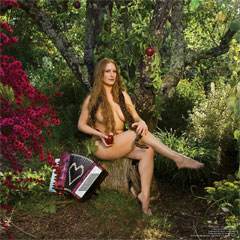 Let Amber Lee (of Amber Lee and the Anomalies) tempt you to play the accordion with her angelic voice and sultry original songs. Her catchy, soulful and witty tunes are helping bring the accordion back across genres from folk music into the realm of singer-songwriter cabaret. Baker, a former architect, has been extensively touring since 2009, let her seduce you at a venue near you. 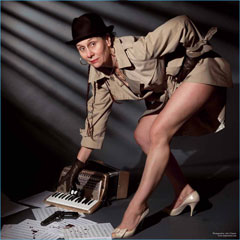 The smell of gunpowder lingered faintly in the air. The blood stains were starting to turn a cheap wine red. Whoever left the Czech pistol was in a real hurry. Not a good move. Internationally known, super sleuth Mags and her crack team The Mad Maggies will solve this caper in no time. Buy ’em a drink the next time you see ’em and they might tell you about it. 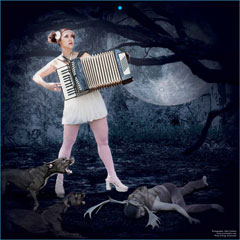 This mise-en-scène embodies the haunting dream-like quality of the Ketchup Soup song, “The Night,” a gypsy-waltz of love and longing. Mrs. Hobbs and lovemando of Ketchup Soup depict Diana, goddess of accordion, the hunt and the moon, having transformed the hunter Actaeon into a stag after incurring her wrath. The Los Angeles-based duo mixes folk, blues, jazz and cabaret together for their slightly retro, yet always timeless, musical recipe. Tasty! 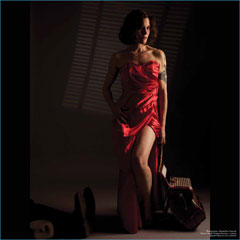 Katheryn (aka Salmon) and her red accordion cut a ‘smoking’ figure in the expanding accordion scene of Vancouver, Canada. Katheryn has toured regionally and internationally with a host of top-notch musicians. She is known for her work as a killer studio player, a well-connected festival organizer, an uncompromising teacher and a deadly performer. In 2013 she will be releasing new works that are currently still on the hush hush. 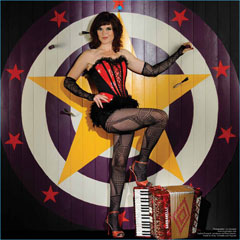 Jet was born in Amsterdam and lives now in Paris and San Francisco (not at the same time). She sings stories about slugs in love, criminal gurus and hallucinating butterflies while beatboxing and playing the accordion, loop-station, toy-piano and flute (almost at the same time). “Hilarious, engaging, dramatic, energetic, touching and thoroughly original” (all at the same time) (SLO Tribune). A drunk witness in Montreal: “This woman is crazy!” 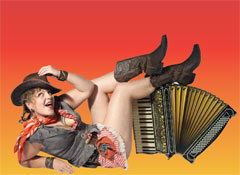 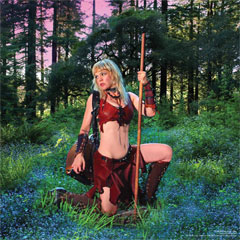 Renée sings, stomps, and plays button accordion with the deep passion of a she-warrior. Her style draws from folk dance music, zydeco, and old-school rock n’ roll. A repair woman and teacher as well as performer, she has installed her own unique accordion bass system so that she can spice up old melodies with rocking bass lines, and compose new music with punk accordion flair. She tours the world playing solo, duo, and with the Cajun Americana trio Whiskey and Women.